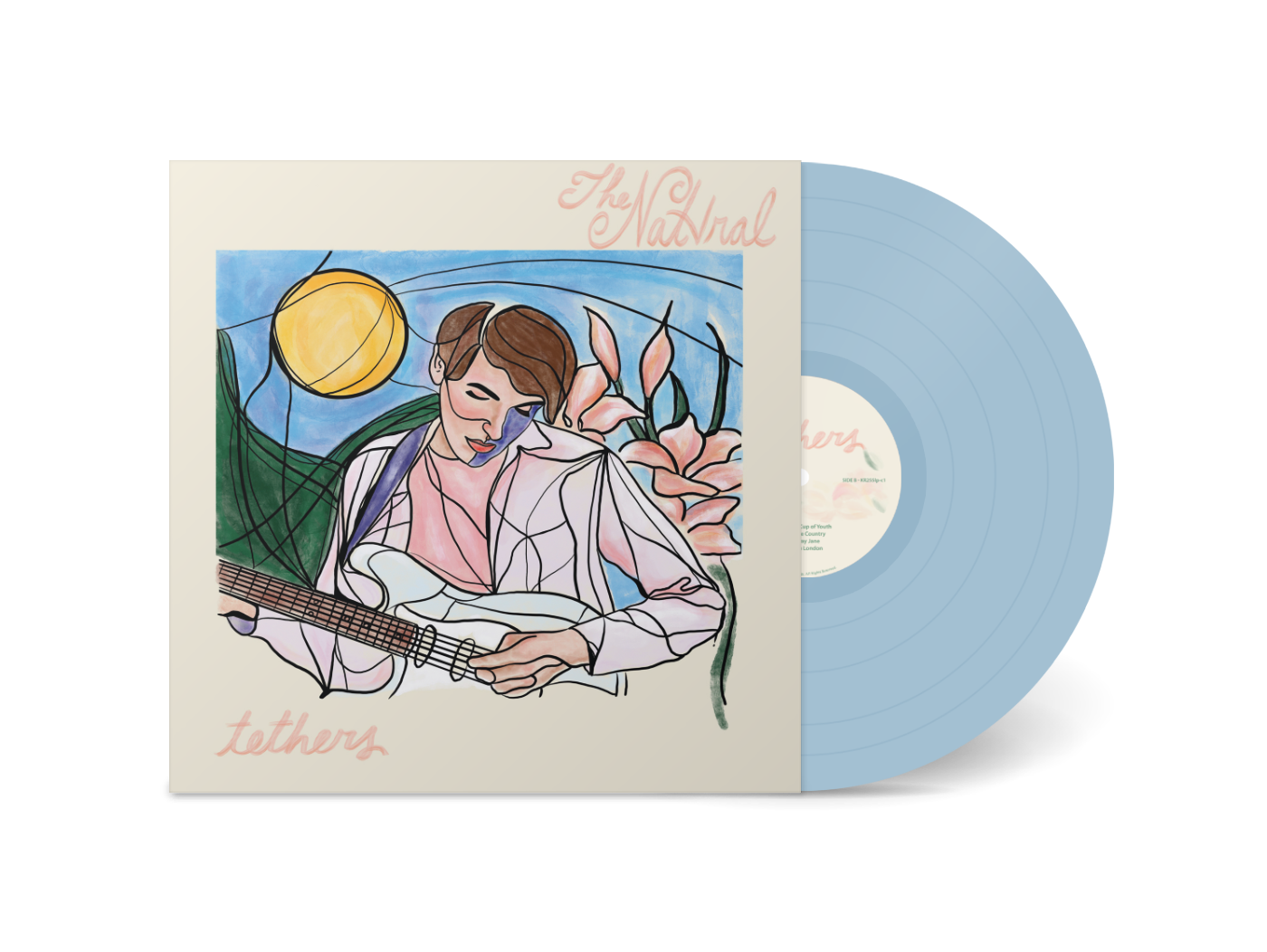 The Lyrics of 'Tethers'

Freya, don’t cry for me this night
beneath these northern lights
Where I am I just can’t say, but you can call it upstate
And I know you might just wait, and that’s not right
No, that’s not right

Freya, these heroes brave and bold
good company I’m told
And I’m lost out in some thought, that I’d sooner be forgot
But that’s asking a lot, and I’ve got no hold
Your tears are gold


Freya, will you not see me now?
The sky’s an empty vow
And I need your too long face, I’m easy as you’re chaste
So give me that thick waist I used to hold
Your tears are gold

Why Don't You Come Out Anymore?

I see the silver in your hair, the gold on your hand
Now you’ve gone and done something you can’t undo again
Well I know it’s not him, your promise never’s much
It’s just the way the dishes patiently await your touch
As I wait for you, I do

You’ve felt the kick of a child, the weakness of a man
Now you take a little powder just to steady your command
You say you won’t be seen, but then you prop the door
Your father raised a soldier, but whose side I can’t be sure
Still I side with you, I do

I tell you I’m no better, and you’ve always known that true
So I never sent these letters, I just pleased myself to you
Now why do I still see you in the attic of my head
Think I smell the ashes still that I spilled on your death bed
And is that why you don’t come out anymore?

Like the light of the new moon, I only catch a darker view
when I look for you, and you go unseen
Tied down in his living room, you dream think of sinking in the dunes
Kick off your sandy shoes and cuff your jeans

Did you ever think you’d see the day when you turned 33
and wanted to be anywhere but here
I don’t mean to hold you still, half naked with a rolled- up bill
To to wake up ill alone with me right there

You don’t need to feel be so down, you look nice in your mother’s gown
Well wishers come to gather round your statue
And I don’t mean to eulogize or look for doubt behind your eyes
Don’t even want to say good bye but I have to

Sun blisters on my back again, your sisters back on her medicine
She’s doing better and I know it’s better, but I miss the way she was
I know what you want from me, some penitence and I do agree
What we did we did in vanity, but shame’s not going to come

If you want to be productive, that’s fine
Just wanna hold your sister’s filthy hand in mine

If you want to live so righteous, that’s fine
Just wanna hold your sister’s filthy hand in mine
One more time

Now I know how helpless feels,
when her wax wings grew it weren’t surreal
Half burnt and never really healed, you said I better go
In the end maybe I was wrong, laughing where only tears belong
But love to you is just a pretty song, and I’m a sour note

You can take a swing and knock me on my spine
Won’t change anything, still wanna hold your sister’s filthy hand in mine
One more time

Stay in the Country

You’ve been traveling, your neck is hung
Skin burned by from the storms and sun
Still your eyes look for someone
Worn man from the sea, won’t you stay in the country with me?

New Year’s night, another false start
Press your dry lips to mine, then tear them apart
It’s not I don’t want you, it’s just when I do
The one I need in memory disapproves

If I would deny you, you’d find me again
Absolve me of these unoriginal sins
But this penance, or sentence or bad time I must serve
Is just as little fun for you I’m sure

I whispered this ode, but the winds overheard
Carried it far, but fucked up somethe words
So what did I say that I shouldn’t have then?
We’ll never be lovers again

Sylvia, the Cup of Youth

Your eyes caught the light grey and bright winter sky
You came round to my place just to say you weren’t alone
You were dressed like a Misfit, I liked it I guess
Never mind what you said, I wasn’t listening to you then

Played your straight man it’s true, well I was straighter than you
I laughed at all your mystic views,
I think you confused that for kind
Though the west coast was your home,
you liked it bestseemed at ease where you weren’t known
I wanted to be yours alone, but wanting never made you mine

Sylvia, oh Sylvia you never were my Sylvia it’s true
Sometimes you’d kid and say I was your Galahad
I never was as good as that but you
Still searching for the cup of youth

Sylvia, oh Sylvia you’d take a swing if someone called you cute
Sometimes you’d kid and say I was your Galahad
I never was as good as that but you
Still searching for the cup of youth

I got someone here who’s kind and a child on my mind
You’ve left a lot of us behind, but I don’t think you were wrong
‘Cuz last I heard you knew the words to every pop country song
You became the radio, you’d been traveling that long

Sylvia, oh Sylvia could be anything to anyone but true
Sometimes I wish I never let you let me down,
sometimes I wished I died in your bedroom
Sylvia, oh Sylvia you never were anyone’s that’s true
I’m older than I was and I was older then,
you seem the same when I catch sight of you
Did you find the cup of youth?

Surround yourself with your dog-eared saints
They will find you no peace of no mind
But that wasn’t the point, it was just to anoint
your cheek with the seed of his doubt

He’ll go back where he goes but not where he came
His name’s half-heartedly sworn
And if nothing is lost, it still comes at a cost
You’re not quite as sure as you were

But go, Runaway Jane
Find the west coast and the gold coast
and the midlands and the sea floor
Are are more or less as they’re named
Go, Runaway Jane
The worst ones will amuse you till you make your refusal
Then nothing you say will be heard

Now he’s a stranger who keeps your memory
chained in a posture he liked
When he unlocks the door, he don’t need you no more
And no part of you wishes him well

I’ve touched enough of these sanitized lands,
but I still get sick at the thought
That that I could have gone home to your home and got stoned
and kissed you a little rough

But go, runaway Jane,
Canadian prairies and Spanish Canaries
come calling to you in your sleep
Go, Runaway Jane
You’ll find new ways to idle as the unseen bridle
pulls your intentions astray

So go, Runaway Jane
Now you’re in Brisbane
listening to a sermon but only to stay in the shade
Go, runaway Jane
You’re not easy to lose, but you’re right to refuse
I’ll remember you always a stray

Alone in London as we were then
You smoked by the window as I stared from the bed
That room in Willesden where I felt semi divine
You made me mortal, you never called me mine

Drunk on the green I met your wine- stained lips
Felt the coarse touch of your tobbaco’d finger tips
Tried to resist you, I tried to decline
You were always deaf to that, but you never called me mine

Some boy up north says I best watch out
He thinks you love me, but I have my doubts
Between violent fantasies his tears soak the Tyne
He could save them, you never called me mine

Eugenie, all your hopes were hopelessly wasted on me
Your coral dawns have come and gone
I’ve got nothing to tell you now except you weren’t wrong

Was I unkind to thee, it may be true
Just knew the ocean was a lighter shade of you
And you were selfish, you stole the kiss off line
I let you have it, you never called me mine

Eugenie, you said I stood for nothing good
Still you stood with me
Like others in arms covered in scars
All I wanted then was to stay where you were

Your next was worse but not by far
He stole the last of your laughs
and bullied your weekend heart
So pour yourself a kingly cup,
put on “Woman of Heart and Mind”
You always had more than I did, and you never called me mine

Alone in London, ten years have gone
No need to tell you what you’ve always known
That taste of honey has soured in time
Almost forgotten I never called you mine

© The Natvral | Site by Jacob Sloan